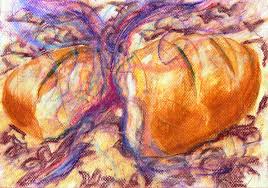 The miraculous feeding of the 5,000 has taken place and Jesus has tried to take the disciples away for some rest.  The crowds follow and press in on him.  He chides them for being satisfied with food rather than the work of God.  They ask for a sign,

1st Reading (Track 1):  2 Samuel 11:26—12:13a
King David has exercised royal power in taking Bathsheba as his wife, after arranging for the death of her husband, Uriah.  God has pledged his steadfast love for David, nevertheless David’s sin must be known.  The prophet Nathan tells a parable to trap David into acknowledgement of what he has done.  God remains faithful to David, but there will be consequences—public family strife that will now dominate David’s story through the time of his death.

11:26 When the wife of Uriah heard that her husband was dead, she made lamentation for him. 27 When the mourning was over, David sent and brought her to his house, and she became his wife, and bore him a son. 12:1 But the thing that David had done displeased the Lord, and the Lord sent Nathan to David. He came to him, and said to him, “There were two men in a certain city, the one rich and the other poor. 2 The rich man had very many flocks and herds; 3 but the poor man had nothing but one little ewe lamb, which he had bought. He brought it up, and it grew up with him and with his children; it used to eat of his meager fare, and drink from his cup, and lie in his bosom, and it was like a daughter to him. 4 Now there came a traveler to the rich man, and he was loath to take one of his own flock or herd to prepare for the wayfarer who had come to him, but he took the poor man’s lamb, and prepared that for the guest who had come to him.” 5 Then David’s anger was greatly kindled against the man. He said to Nathan, “As the Lord lives, the man who has done this deserves to die; 6 he shall restore the lamb fourfold, because he did this thing, and because he had no pity.” 7 Nathan said to David, “You are the man! Thus says the Lord, the God of Israel: I anointed you king over Israel, and I rescued you from the hand of Saul; 8 I gave you your master’s house, and your master’s wives into your bosom, and gave you the house of Israel and of Judah; and if that had been too little, I would have added as much more. 9 Why have you despised the word of the Lord, to do what is evil in his sight? You have struck down Uriah the Hittite with the sword, and have taken his wife to be your wife, and have killed him with the sword of the Ammonites. 10 Now therefore the sword shall never depart from your house, for you have despised me, and have taken the wife of Uriah the Hittite to be your wife. 11 Thus says the Lord:  I will raise up trouble against you from within your own house; and I will take your wives before your eyes, and give them to your neighbor, and he shall lie with your wives in the sight of this very sun. 12 For you did it secretly; but I will do this thing before all Israel, and before the sun.” 13 David said to Nathan, “I have sinned against the Lord.” Nathan said to David, “Now the LORD has put away your sin; you shall not die.”

Psalm 51:1-13 (Track 1)
Psalm 51 is perhaps the most well known of the psalms of lament and repentance.  It begins with an acknowledgement that all men and women are sinners, who neither seek God nor remain faithful to his ways.  The Hebrew introduction to this psalm is, “A Psalm of David, when the prophet Nathan came to him, after he had gone in to Bathsheba.”

1     The fool has said in his heart, “There is no God.” *
All are corrupt and commit abominable acts;
there is none who is good, not one.
2     The Lord looks down from heaven upon us all, *
to see if there is any who is wise,
if there is one who seeks after God.
3     Everyone has proved faithless;
all alike have turned bad; *
there is none who does good; no, not one.
4     Have they no knowledge, all those evildoers *
who eat up my people like bread
and do not call upon the Lord?
5     See how they tremble with fear, *
because God is in the company of the righteous.
6     Their aim is to confound the plans of the afflicted, *
but the Lord is their refuge.
7     Oh, that Israel’s deliverance would come out of Zion! *
When the Lord restores the fortunes of his people,
Jacob will rejoice and Israel be glad.

1st Reading (Track 2):  Exodus 16:1-4, 9-15
The Israelites have begun their journey to the promised land, but are already experiencing a crisis of “life support.” The grumbling begins!  God provides for their need with a fine bread, manna, in the morning, and quail in the evening.

Psalm 78:23-29 (Track 2)
Psalm 78 is one of the historical psalms; this section recalls the gift of manna and quails in the wilderness.

23   So God commanded the clouds above *
and opened the doors of heaven.
24   He rained down manna upon them to eat *
and gave them grain from heaven.
25   So mortals ate the bread of angels; *
he provided for them food enough.
26   He caused the east wind to blow in the heavens *
and led out the south wind by his might.
27   He rained down flesh upon them like dust *
and wingéd birds like the sand of the sea.
28   He let it fall in the midst of their camp *
and round about their dwellings.
29   So they ate and were well filled, *
for he gave them what they craved.

2nd Reading:  Ephesians 4:1-16
Here is perhaps the primary purpose of this letter:  the commitment to unity among all those called by God.  The poetic verses 4-6 may have been part of an early baptismal liturgy, and, indeed, they are part of our rite of baptism still (BCP, p. 299).  Then comes the consequence of this unity, that all God’s people share in the gift of Christ and of his continuing ministry.  All the saints are to be equipped for the “work of ministry,” whose ultimate purpose is to build up the body of Christ for its work on earth.

4:1 I therefore, the prisoner in the Lord, beg you to lead a life worthy of the calling to which you have been called, 2 with all humility and gentleness, with patience, bearing with one another in love, 3 making every effort to maintain the unity of the Spirit in the bond of peace. 4 There is one body and one Spirit, just as you were called to the one hope of your calling, 5 one Lord, one faith, one baptism, 6 one God and Father of all, who is above all and through all and in all. 7 But each of us was given grace according to the measure of Christ’s gift. 8 Therefore it is said, “When he ascended on high he made captivity itself a captive; he gave gifts to his people.” 9 (When it says, “He ascended,” what does it mean but that he had also descended into the lower parts of the earth? 10 He who descended is the same one who ascended far above all the heavens, so that he might fill all things.) 11 The gifts he gave were that some would be apostles, some prophets, some evangelists, some pastors and teachers, 12 to equip the saints for the work of ministry, for building up the body of Christ, 13 until all of us come to the unity of the faith and of the knowledge of the Son of God, to maturity, to the measure of the full stature of Christ. 14 We must no longer be children, tossed to and fro and blown about by every wind of doctrine, by people’s trickery, by their craftiness in deceitful scheming. 15 But speaking the truth in love, we must grow up in every way into him who is the head, into Christ, 16 from whom the whole body, joined and knit together by every ligament with which it is equipped, as each part is working properly, promotes the body’s growth in building itself up in love.

Gospel Reading:  John 6:24-35
The miraculous feeding of the 5,000 has taken place and Jesus has tried to take the disciples away for some rest.  The crowds follow and press in on him.  He chides them for being satisfied with food rather than the work of God.  They ask for a sign, something as clear as the manna received by the Israelites during their sojourn in the desert.  Jesus speaks of the true bread that is the gift of God.  When they press him to give them this bread, he makes the stunning statement:  “I am the bread of life.”

6:24 On the next day, when the people who remained after the feeding of the five thousand saw that neither Jesus nor his disciples were there, they themselves got into the boats and went to Capernaum looking for Jesus. 25 When they found him on the other side of the sea, they said to him, “Rabbi, when did you come here?” 26 Jesus answered them, “Very truly, I tell you, you are looking for me, not because you saw signs, but because you ate your fill of the loaves. 27 Do not work for the food that perishes, but for the food that endures for eternal life, which the Son of Man will give you. For it is on him that God the Father has set his seal.” 28 Then they said to him, “What must we do to perform the works of God?” 29 Jesus answered them, “This is the work of God, that you believe in him whom he has sent.” 30 So they said to him, “What sign are you going to give us then, so that we may see it and believe you? What work are you performing? 31 Our ancestors ate the manna in the wilderness; as it is written, ‘He gave them bread from heaven to eat.’” 32 Then Jesus said to them, “Very truly, I tell you, it was not Moses who gave you the bread from heaven, but it is my Father who gives you the true bread from heaven. 33 For the bread of God is that which comes down from heaven and gives life to the world.” 34 They said to him, “Sir, give us this bread always.” 35 Jesus said to them, “I am the bread of life. Whoever comes to me will never be hungry, and whoever believes in me will never be thirsty.”

Posted by The Rev Michael W Hopkins at 8:32 PM