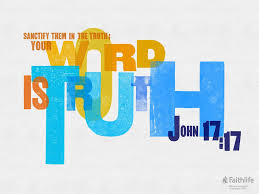 Our reading from the Acts of the Apostles comes from a section about the work of Paul and Silas in Philippi, the first missionary work on European soil.  Here they are put in prison after exorcising a slave girl, and then miraculously released (as happens several times in Acts).  This passage contains possible evidence of children or infants being baptized.  The jailer “and his entire family” are said to be baptized.

16:16 One day, as we (Paul and his companions) were going to the place of prayer, we met a slave-girl who had a spirit of divination and brought her owners a great deal of money by fortune-telling. 17 While she followed Paul and us, she would cry out, “These men are slaves of the Most High God, who proclaim to you a way of salvation.” 18 She kept doing this for many days. But Paul, very much annoyed, turned and said to the spirit, “I order you in the name of Jesus Christ to come out of her.” And it came out that very hour. 19 But when her owners saw that their hope of making money was gone, they seized Paul and Silas and dragged them into the marketplace before the authorities. 20 When they had brought them before the magistrates, they said, “These men are disturbing our city; they are Jews 21 and are advocating customs that are not lawful for us as Romans to adopt or observe.” 22 The crowd joined in attacking them, and the magistrates had them stripped of their clothing and ordered them to be beaten with rods. 23 After they had given them a severe flogging, they threw them into prison and ordered the jailer to keep them securely. 24 Following these instructions, he put them in the innermost cell and fastened their feet in the stocks. 25 About midnight Paul and Silas were praying and singing hymns to God, and the prisoners were listening to them. 26 Suddenly there was an earthquake, so violent that the foundations of the prison were shaken; and immediately all the doors were opened and everyone’s chains were unfastened. 27 When the jailer woke up and saw the prison doors wide open, he drew his sword and was about to kill himself, since he supposed that the prisoners had escaped. 28 But Paul shouted in a loud voice, “Do not harm yourself, for we are all here.” 29 The jailer called for lights, and rushing in, he fell down trembling before Paul and Silas. 30 Then he brought them outside and said, “Sirs, what must I do to be saved?” 31 They answered, “Believe on the Lord Jesus, and you will be saved, you and your household.” 32 They spoke the word of the Lord to him and to all who were in his house. 33 At the same hour of the night he took them and washed their wounds; then he and his entire family were baptized without delay. 34 He brought them up into the house and set food before them; and he and his entire household rejoiced that he had become a believer in God.

Psalm 97
Psalm 97 is an enthronement psalm declaring the God of Israel to be King of all creation.  It is part of a set of psalms (93—99) which may have been used at the Jewish new year festival when the Lord was symbolically re-enthroned.

1 The Lord is King; let the earth rejoice; *
let the multitude of the isles be glad.
2 Clouds and darkness are round about him, *
righteousness and justice are the foundations of his throne.
3 A fire goes before him *
and burns up his enemies on every side.
4 His lightnings light up the world; *
the earth sees it and is afraid.
5 The mountains melt like wax at the presence of the Lord, *
at the presence of the Lord of the whole earth.
6 The heavens declare his righteousness, *
and all the peoples see his glory.
7 Confounded be all who worship carved images
and delight in false gods! *
Bow down before him, all you gods.
8 Zion hears and is glad, and the cities of Judah rejoice, *
because of your judgments, O Lord.
9 For you are the Lord, most high over all the earth; *
you are exalted far above all gods.
10 The Lord loves those who hate evil; *
he preserves the lives of his saints
and delivers them from the hand of the wicked.
11 Light has sprung up for the righteous, *
and joyful gladness for those who are truehearted.
12 Rejoice in the Lord, you righteous, *
and give thanks to his holy Name.

2nd Reading: Revelation 22:12-14, 16-17, 20-21
Our final reading from Revelation this Eastertide comes from the end of the book.  Several independent sayings reiterate the book’s themes.  The book ends with a plea for Jesus to come soon.  One of the early church’s cries was “Maranatha,” Aramaic for “Lord, come.”

22:12 [Jesus said,] “See, I am coming soon; my reward is with me, to repay according to everyone’s work. 13 I am the Alpha and the Omega, the first and the last, the beginning and the end.” 14 Blessed are those who wash their robes, so that they will have the right to the tree of life and may enter the city by the gates. 16 It is I, Jesus, who sent my angel to you with this testimony for the churches. I am the root and the descendant of David, the bright morning star.” 17 The Spirit and the bride say, “Come.” And let everyone who hears say, “Come.” And let everyone who is thirsty come. Let anyone who wishes take the water of life as a gift. 20 The one who testifies to these things says, “Surely I am coming soon.” Amen. Come, Lord Jesus! 21 The grace of the Lord Jesus be with all the saints. Amen.

Gospel Reading: John 17:20-26
The Sunday between Ascension Day and Pentecost we always read from the 17th chapter of John, sometimes called the “High Priestly Prayer.” It is indeed a prayer by Jesus for the disciples, those with him now and those who will come after them.  The great theme of the prayer is that they may remain one.

The Scripture quotations (except for the psalm) are from the New Revised Standard Version Bible, copyright © 1989 by the Division of Christian Education of the National Council of Churches of Christ in the U.S.A., and are used by permission. The Psalm translation is from The Book of Common Prayer.  Commentaries are copyright © 2019 Epiphany ESources, 67 E. Main St., Hornell, NY  14843. www.EpiphanyEsources.com. All rights reserved.  Bulletin inserts are available.  Go to our website for more information.

Posted by The Rev Michael W Hopkins at 5:49 PM