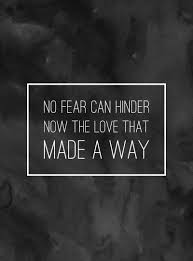 Our first reading is the culmination of the story of the original acceptance of Gentiles into the community of those who followed Jesus.

1st Reading:  Acts 11:1-18
Our first reading is the culmination of the story of the original acceptance of Gentiles into the community of those who followed Jesus.  The story began at the beginning of chapter 10, when it was revealed to Cornelius (a Gentile) and Peter, in separate visions, that they were to meet. Peter’s vision also included the directive, “What God has made clean, you must not call profane.”  The two do meet and travel to Cornelius’ house where, when Peter begins to tell them the good news, the Holy Spirit falls on them as it had on Jewish disciples.  Peter says he now understands that God shows no partiality.  Now in our reading this morning he takes all this to the leadership of the church, with his resounding concluding words, “Who was I that I could hinder God?”

11:1 Now the apostles and the believers who were in Judea heard that the Gentiles had also accepted the word of God. 2 So when Peter went up to Jerusalem, the circumcised believers criticized him, 3 saying, “Why did you go to uncircumcised men and eat with them?” 4 Then Peter began to explain it to them, step by step, saying, 5 “I was in the city of Joppa praying, and in a trance I saw a vision. There was something like a large sheet coming down from heaven, being lowered by its four corners; and it came close to me. 6 As I looked at it closely I saw four-footed animals, beasts of prey, reptiles, and birds of the air. 7 I also heard a voice saying to me, ‘Get up, Peter; kill and eat.’ 8 But I replied, ‘By no means, Lord; for nothing profane or unclean has ever entered my mouth.’ 9 But a second time the voice answered from heaven, ‘What God has made clean, you must not call profane.’ 10 This happened three times; then everything was pulled up again to heaven. 11 At that very moment three men, sent to me from Caesarea, arrived at the house where we were. 12 The Spirit told me to go with them and not to make a distinction between them and us. These six brothers also accompanied me, and we entered the man’s house. 13 He told us how he had seen the angel standing in his house and saying, ‘Send to Joppa and bring Simon, who is called Peter; 14 he will give you a message by which you and your entire household will be saved.’ 15 And as I began to speak, the Holy Spirit fell upon them just as it had upon us at the beginning. 16 And I remembered the word of the Lord, how he had said, ‘John baptized with water, but you will be baptized with the Holy Spirit.’ 17 If then God gave them the same gift that he gave us when we believed in the Lord Jesus Christ, who was I that I could hinder God?” 18 When they heard this, they were silenced. And they praised God, saying, “Then God has given even to the Gentiles the repentance that leads to life.”

Psalm 148
One of the concluding hymns of praise to the psalter, psalm 148 is a hymn calling upon all creation to sing God’s praises.

1 Hallelujah! Praise the Lord from the heavens; *
praise him in the heights.
2 Praise him, all you angels of his; *
praise him, all his host.
3 Praise him, sun and moon; *
praise him, all you shining stars.
4 Praise him, heaven of heavens, *
and you waters above the heavens.
5 Let them praise the Name of the Lord; *
for he commanded, and they were created.
6 He made them stand fast for ever and ever; *
he gave them a law which shall not pass away.
7 Praise the Lord from the earth, *
you sea-monsters and all deeps;
8 Fire and hail, snow and fog, *
tempestuous wind, doing his will;
9 Mountains and all hills, *
fruit trees and all cedars;
10 Wild beasts and all cattle, *
creeping things and wingèd birds;
11 Kings of the earth and all peoples, *
princes and all rulers of the world;
12 Young men and maidens, *
old and young together.
13 Let them praise the Name of the Lord, *
for his Name only is exalted,
his splendor is over earth and heaven.
14 He has raised up strength for his people
and praise for all his loyal servants, *
the children of Israel, a people who are near him.  Hallelujah!

2nd Reading:  Revelation to John 21:1-6
As the Revelation to John has proceeded, God has won the decisive victory. The final two chapters of the book describe its aftermath.  This vision draws on that of Isaiah 65:17-25, as well as 2 Esdras 7:26 (from the Apocrypha).  It is important to notice that in this vision and subsequent ones in chapter 22, it is the whole creation that is redeemed.  The “first things” that have passed away are pain and death.  “See the home of God is among mortals” recalls the beginning of John’s Gospel: “the Word was made flesh and lived among us.”

21:1 Then I saw a new heaven and a new earth; for the first heaven and the first earth had passed away, and the sea was no more. 2 And I saw the holy city, the new Jerusalem, coming down out of heaven from God, prepared as a bride adorned for her husband. 3 And I heard a loud voice from the throne saying, “See, the home of God is among mortals. He will dwell with them; they will be his peoples, and God himself will be with them; 4 he will wipe every tear from their eyes. Death will be no more; mourning and crying and pain will be no more, for the first things have passed away.” 5 And the one who was seated on the throne said, “See, I am making all things new.” Also he said, “Write this, for these words are trustworthy and true.” 6 Then he said to me, “It is done! I am the Alpha and the Omega, the beginning and the end. To the thirsty I will give water as a gift from the spring of the water of life.”

Gospel Reading:  John 13:31-35
For our Gospel reading on this 5th Sunday of Easter, we return to the ending of the Gospel reading for Maundy Thursday.  It may seem odd to be directed during Eastertide to a text which comes from just prior to Jesus’ passion.  But in these chapters before the passion in John’s Gospel, Jesus is talking about living after the resurrection.  He knows that nothing will be more important than community among the disciples, community whose sole reason for being is love.

The Scripture quotations (except for the psalm) are from the New Revised Standard Version Bible, copyright © 1989 by the Division of Christian Education of the National Council of Churches of Christ in the U.S.A., and are used by permission. The Psalm translation is from The Book of Common Prayer.  Commentaries are copyright © 2019 Epiphany ESources, 67 E. Main St., Hornell, NY  14843. www.EpiphanyEsources.com. All rights reserved.  Permission is given to copy for group study. Bulletin inserts are available. For more information go to our website.

Posted by The Rev Michael W Hopkins at 4:16 PM