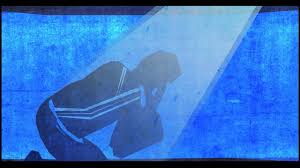 Saul, a zealous Jew, a member of the Pharisees, is charged with hunting down Christians, breaking up their groups and arresting them.

1st Reading: Acts 9:1-6, (7-20)
The story prior to today’s reading was the stoning of Stephen, with a man named Saul said to be watching (7:58 &amp; 8:1), and who then went on “ravaging the church” (8:3).  Then come the stories of the Samaritans accepting Jesus (8:14) and of Philip the Deacon and the conversion of the Ethiopian eunuch, a non-Jew (8:26). Saul, a zealous Jew, a member of the Pharisees, is charged with hunting down Christians, breaking up their groups and arresting them.  Yet he becomes the latest installment of the biblical story of God choosing unlikely people to carry out his mission.  His turnaround is dramatic, although the one thing that never changes for him is his zealousness.

9:1 Meanwhile Saul, still breathing threats and murder against the disciples of the Lord, went to the high priest 2 and asked him for letters to the synagogues at Damascus, so that if he found any who belonged to the Way, men or women, he might bring them bound to Jerusalem. 3 Now as he was going along and approaching Damascus, suddenly a light from heaven flashed around him. 4 He fell to the ground and heard a voice saying to him, “Saul, Saul, why do you persecute me?” 5 He asked, “Who are you, Lord?” The reply came, “I am Jesus, whom you are persecuting. 6 But get up and enter the city, and you will be told what you are to do.” [7 The men who were traveling with him stood speechless because they heard the voice but saw no one. 8 Saul got up from the ground, and though his eyes were open, he could see nothing; so they led him by the hand and brought him into Damascus. 9 For three days he was without sight, and neither ate nor drank. 10 Now there was a disciple in Damascus named Ananias. The Lord said to him in a vision, “Ananias.” He answered, “Here I am, Lord.” 11 The Lord said to him, “Get up and go to the street called Straight, and at the house of Judas look for a man of Tarsus named Saul. At this moment he is praying, 12 and he has seen in a vision a man named Ananias come in and lay his hands on him so that he might regain his sight.” 13 But Ananias answered, “Lord, I have heard from many about this man, how much evil he has done to your saints in Jerusalem; 14 and here he has authority from the chief priests to bind all who invoke your name.” 15 But the Lord said to him, “Go, for he is an instrument whom I have chosen to bring my name before Gentiles and kings and before the people of Israel; 16 I myself will show him how much he must suffer for the sake of my name.” 17 So Ananias went and entered the house. He laid his hands on Saul and said, “Brother Saul, the Lord Jesus, who appeared to you on your way here, has sent me so that you may regain your sight and be filled with the Holy Spirit.” 18 And immediately something like scales fell from his eyes, and his sight was restored. Then he got up and was baptized, 19 and after taking some food, he regained his strength. For several days he was with the disciples in Damascus, 20 and immediately he began to proclaim Jesus in the synagogues, saying, “He is the Son of God.”]

Psalm 30
Psalm 30 is identified in its title as being for “the dedication of the Temple.”  That means not only the original dedication but the yearly Festival of Dedication (the roots of modern-day Hanukkah).  The psalm never actually mentions the Temple, but is a psalm of thanksgiving by an individual. Perhaps its place was as a defining summary of the Jewish relationship with God.  The psalm follows a typical pattern of expressions of need, followed by petition, then rescue, then gratitude.

1 I will exalt you, O Lord, because you have lifted me up *
and have not let my enemies triumph over me.
2 O Lord my God, I cried out to you, *
and you restored me to health.
3 You brought me up, O Lord, from the dead; *
you restored my life as I was going down to the grave.
4 Sing to the Lord, you servants of his; *
give thanks for the remembrance of his holiness.
5 For his wrath endures but the twinkling of an eye, *
his favor for a lifetime.
6 Weeping may spend the night, *
but joy comes in the morning.
7 While I felt secure, I said, “I shall never be disturbed. *
You, Lord, with your favor, made me as strong as the mountains.”
8 Then you hid your face, *
and I was filled with fear.
9 I cried to you, O Lord; *
I pleaded with the Lord, saying,
10 “What profit is there in my blood, if I go down to the Pit? *
will the dust praise you or declare your faithfulness?
11 Hear, O Lord, and have mercy upon me; *
O Lord, be my helper.”
12 You have turned my wailing into dancing; *
you have put off my sack-cloth and clothed me with joy.
13 Therefore my heart sings to you without ceasing; *
O Lord my God, I will give you thanks for ever.

2nd Reading:  Revelation 5:11-14
Revelation 4 &amp; 5 is John’s vision of worship in the heavenly court. Several elements are present here that will carry through this book:  the throne of God, around which God gathers the saints; the Lamb of God slain which is John’s symbol for the power of God, rightly used; the four living creatures (borrowed from the Book of Daniel) who come to represent the four Gospels; and the twenty-four elders, one for each of Israel’s tribes and the twelve apostles—a complete company of worshippers.

5:11 Then I, [John], looked, and I heard the voice of many angels surrounding the throne and the living creatures and the elders; they numbered myriads of myriads and thousands of thousands, 12 singing with full voice, “Worthy is the Lamb that was slaughtered to receive power and wealth and wisdom and might and honor and glory and blessing!” 13 Then I heard every creature in heaven and on earth and under the earth and in the sea, and all that is in them, singing, “To the one seated on the throne and to the Lamb be blessing and honor and glory and might forever and ever!” 14 And the four living creatures said, “Amen!” And the elders fell down and worshiped.

Gospel Reading:  John 21:1-19
The final chapter of John’s Gospel may have been a later appendage, as the Gospel seems to end nicely at the end of chapter 20.  There are three scenes to this story:  in the first, the disciples go fishing and the beloved disciple spots Jesus on the shore; in the second scene Jesus welcomes them and feeds them; and in the third scene, Peter is restored to leadership and Jesus tries to sort out his concern about the future of the beloved disciple (the latter is not read today).  The “beloved disciple” has long been associated with the apostle John.

21:1 After these things Jesus showed himself again to the disciples by the Sea of Tiberias; and he showed himself in this way. 2 Gathered there together were Simon Peter, Thomas called the Twin, Nathanael of Cana in Galilee, the sons of Zebedee, and two others of his disciples. 3 Simon Peter said to them, “I am going fishing.” They said to him, “We will go with you.” They went out and got into the boat, but that night they caught nothing. 4 Just after daybreak, Jesus stood on the beach; but the disciples did not know that it was Jesus. 5 Jesus said to them, “Children, you have no fish, have you?” They answered him, “No.” 6 He said to them, “Cast the net to the right side of the boat, and you will find some.” So they cast it, and now they were not able to haul it in because there were so many fish. 7 That disciple whom Jesus loved said to Peter, “It is the Lord!” When Simon Peter heard that it was the Lord, he put on some clothes, for he was naked, and jumped into the sea. 8 But the other disciples came in the boat, dragging the net full of fish, for they were not far from the land, only about a hundred yards off. 9 When they had gone ashore, they saw a charcoal fire there, with fish on it, and bread. 10 Jesus said to them, “Bring some of the fish that you have just caught.” 11 So Simon Peter went aboard and hauled the net ashore, full of large fish, a hundred fifty-three of them; and though there were so many, the net was not torn. 12 Jesus said to them, “Come and have breakfast.” Now none of the disciples dared to ask him, “Who are you?” because they knew it was the Lord. 13 Jesus came and took the bread and gave it to them, and did the same with the fish. 14 This was now the third time that Jesus appeared to the disciples after he was raised from the dead. 15 When they had finished breakfast, Jesus said to Simon Peter, “Simon son of John, do you love me more than these?” He said to him, “Yes, Lord; you know that I love you.” Jesus said to him, “Feed my lambs.” 16 A second time he said to him, “Simon son of John, do you love me?” He said to him, “Yes, Lord; you know that I love you.” Jesus said to him, “Tend my sheep.” 17 He said to him the third time, “Simon son of John, do you love me?” Peter felt hurt because he said to him the third time, “Do you love me?” And he said to him, “Lord, you know everything; you know that I love you.” Jesus said to him, “Feed my sheep. 18 Very truly, I tell you, when you were younger, you used to fasten your own belt and to go wherever you wished. But when you grow old, you will stretch out your hands, and someone else will fasten a belt around you and take you where you do not wish to go.” 19 (He said this to indicate the kind of death by which he would glorify God.) After this he said to him, “Follow me.”

The Scripture quotations (except for the psalm) are from the New Revised Standard Version Bible, copyright © 1989 by the Division of Christian Education of the National Council of Churches of Christ in the U.S.A., and are used by permission. The Psalm translation is from The Book of Common Prayer.  Commentaries are copyright © 2019 Epiphany ESources, 67 E. Main St., Hornell, NY  14843. www.EpiphanyEsources.com. All rights reserved. Permission is granted to copy for group study. Bulletin inserts are available. Go to our website for more information.

Posted by The Rev Michael W Hopkins at 9:31 AM