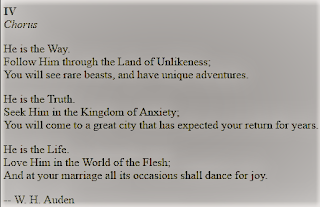 The First Reading:  Acts of the Apostles 7:55-60
In our first reading, the Deacon Stephen is stoned to death by a crowd which has been angered by his words spoken immediately before this reading in which he says that Moses himself foresaw the coming of Jesus the Messiah and that Jesus was murdered just as the ancestors of his listeners murdered many of the prophets before him.  The witness Saul is the later Paul, here still a persecutor of the followers of Jesus.  The parallels in Stephen’s death to the death of Jesus are deliberate, particularly his two prayers at the end of the reading.  Stephen becomes the first martyr among followers of Jesus.

7:55 Filled with the Holy Spirit, Stephen gazed into heaven and saw the glory of God and Jesus standing at the right hand of God. 56 “Look,” he said, “I see the heavens opened and the Son of Man standing at the right hand of God!” 57 But they covered their ears, and with a loud shout all rushed together against him. 58 Then they dragged him out of the city and began to stone him; and the witnesses laid their coats at the feet of a young man named Saul. 59 While they were stoning Stephen, he prayed, “Lord Jesus, receive my spirit.” 60 Then he knelt down and cried out in a loud voice, “Lord, do not hold this sin against them.” When he had said this, he died.

Psalm 31:1-5, 15-16
Our psalm works well as a response to the first reading in that the writer is under profound threat from enemies.  He responds with trust and confidence in God’s loving purposes. In Luke’s Gospel, the first half of verse 5, comes from the lips of Jesus on the cross.

1   In you, O Lord, have I taken refuge;
let me never be put to shame; *
deliver me in your righteousness.
2   Incline your ear to me; *
make haste to deliver me.
3   Be my strong rock, a castle to keep me safe,
for you are my crag and my stronghold; *
for the sake of your Name, lead me and guide me.
4   Take me out of the net that they have secretly set for me, *
for you are my tower of strength.
5   Into your hands I commend my spirit, *
for you have redeemed me,
O Lord, O God of truth.
15  My times are in your hand; *
rescue me from the hands of my enemies,
and from those who persecute me.
16  Make your face to shine upon your servant, *
and in your loving-kindness save me.

The Second Reading:  1 Peter 2:2-10
Our second reading continues our readings from the First Letter of Peter during Eastertide.  There is much use of Hebrew Scripture images in this passage.  “Taste that the Lord is good” is an image from psalm 34 (v. 8).  There is then a quote from Psalm 118:22 (in both v. 4 and v. 7). The quote in verse 6 is Isaiah 28:16 and verse 8 Isaiah 8:14-15. The imagery of “a chosen race, a royal priesthood…” is from the prophet Hosea (2:23) and the book of Exodus (19:6).  It is clear from the last line that Peter is speaking primarily to Gentiles who were once “not a people” in the eyes of God. There may be elements of an early Christian hymn in this passage.

2:2 Like newborn infants, long for the pure, spiritual milk, so that by it you may grow into salvation—3 if indeed you have tasted that the Lord is good. 4 Come to him, a living stone, though rejected by mortals yet chosen and precious in God’s sight, and 5 like living stones, let yourselves be built into a spiritual house, to be a holy priesthood, to offer spiritual sacrifices acceptable to God through Jesus Christ. 6 For it stands in scripture: “See, I am laying in Zion a stone, a cornerstone chosen and precious; and whoever believes in him will not be put to shame.” 7 To you then who believe, he is precious; but for those who do not believe, “The stone that the builders rejected has become the very head of the corner,” 8 and “A stone that makes them stumble, and a rock that makes them fall.” They stumble because they disobey the word, as they were destined to do. 9 But you are a chosen race, a royal priesthood, a holy nation, God’s own people, in order that you may proclaim the mighty acts of him who called you out of darkness into his marvelous light. 10 Once you were not a people, but now you are God’s people; once you had not received mercy, but now you have received mercy.

The Holy Gospel:  John 14:1-14
This passage begins Jesus’ long farewell speech to his disciples (continuing through chapter 17). It follows the scene of the supper at which Jesus washes the disciples’ feet and gives the “new commandment” to love one another as he has loved them.  He now prepares them for his departure:  “Do not let your hearts be troubled.” He promises an eternal place for them with him (hence this passage is a frequent funeral reading). For many Christians this passage is somewhat troubling in its seemingly exclusive claims:  “No one comes to the Father except through me.” All that one can say with any certainty is that this claim was clearly important to the community of John (it is contained only in this Gospel). There are many other indications that John’s community was under a great deal of stress, feeling threatened by “outsiders.” In that context, such a claim is not surprising, even if many contemporary Christians want to bring a significant amount of nuance to it.  One must also be careful with Jesus’ promise to answer prayer. This is not a promise to do whatever we ask. The asking must be “in Jesus’ name,” that is, in relationship with him.

14:1 Jesus told his disciples, “Do not let your hearts be troubled. Believe in God, believe also in me. 2 In my Father’s house there are many dwelling places. If it were not so, would I have told you that I go to prepare a place for you? 3 And if I go and prepare a place for you, I will come again and will take you to myself, so that where I am, there you may be also. 4 And you know the way to the place where I am going.” 5 Thomas said to him, “Lord, we do not know where you are going. How can we know the way?” 6 Jesus said to him, “I am the way, and the truth, and the life. No one comes to the Father except through me. 7 If you know me, you will know my Father also. From now on you do know him and have seen him.” 8 Philip said to him, “Lord, show us the Father, and we will be satisfied.” 9 Jesus said to him, “Have I been with you all this time, Philip, and you still do not know me? Whoever has seen me has seen the Father. How can you say, ‘Show us the Father’? 10 Do you not believe that I am in the Father and the Father is in me? The words that I say to you I do not speak on my own; but the Father who dwells in me does his works. 11 Believe me that I am in the Father and the Father is in me; but if you do not, then believe me because of the works themselves. 12 Very truly, I tell you, the one who believes in me will also do the works that I do and, in fact, will do greater works than these, because I am going to the Father. 13 I will do whatever you ask in my name, so that the Father may be glorified in the Son. 14 If in my name you ask me for anything, I will do it.

The Scripture quotations (except for the psalm) are from the New Revised Standard Version Bible, copyright © 1989 by the Division of Christian Education of the National Council of Churches of Christ in the U.S.A., and are used by permission.  All rights reserved.  The Collect of the Day and the Psalm translation are from The Book of Common Prayer.  Commentaries are copyright © 2017, Epiphany ESources, 67 E. Main St., Hornell, NY  14843, www.epiphanyesources.com. All rights reserved. Permission to copy and edit for church services is given, provided this attribution remains.
Posted by The Rev Michael W Hopkins at 12:04 PM