9 Pentecost 2021 (Proper 12B) Readings with Commentary 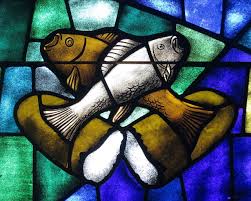 O God, the protector of all who trust in you, without whom nothing is strong, nothing is holy:  Increase and multiply upon us your mercy; that, with you as our ruler and guide, we may so pass through things temporal, that we lose not the things eternal; through Jesus Christ our Lord, who lives and reigns with you and the Holy Spirit, one God, for ever and ever.  Amen.

This story (the first half of which we have this week, and the second half next week) is of the abuse of power and the corruption power can bring. David chooses not to go out to war with his army, itself a very strange thing.  He spies a woman on a nearby rooftop and takes her.  She is given no agency because she has none.  David takes her even though she is “unclean.”  She must do the king’s bidding.  David sends for her husband Uriah and at first attempts to create a situation where Uriah can believe he is the father (“wash your feet” here is a euphemism for sexual intercourse).  But Uriah refuses as he is “on duty.”  The king then conspires to murder him, one of his faithful soldiers.

11:1 In the spring of the year, the time when kings go out to battle, David sent Joab with his officers and all Israel with him; they ravaged the Ammonites, and besieged Rabbah. But David remained at Jerusalem. 2 It happened, late one afternoon, when David rose from his couch and was walking about on the roof of the king’s house, that he saw from the roof a woman bathing; the woman was very beautiful. 3 David sent someone to inquire about the woman. It was reported, “This is Bathsheba daughter of Eliam, the wife of Uriah the Hittite.” 4 So David sent messengers to get her, and she came to him, and he lay with her. (Now she was purifying herself after her period.) Then she returned to her house. 5 The woman conceived; and she sent and told David, “I am pregnant.” 6 So David sent word to Joab, “Send me Uriah the Hittite.” And Joab sent Uriah to David. 7 When Uriah came to him, David asked how Joab and the people fared, and how the war was going. 8 Then David said to Uriah, “Go down to your house, and wash your feet.” Uriah went out of the king’s house, and there followed him a present from the king. 9 But Uriah slept at the entrance of the king’s house with all the servants of his lord, and did not go down to his house. 10 When they told David, “Uriah did not go down to his house,” David said to Uriah, “You have just come from a journey. Why did you not go down to your house?” 11 Uriah said to David, “The ark and Israel and Judah remain in booths; and my lord Joab and the servants of my lord are camping in the open field; shall I then go to my house, to eat and to drink, and to lie with my wife? As you live, and as your soul lives, I will not do such a thing.” 12 Then David said to Uriah, “Remain here today also, and tomorrow I will send you back.” So Uriah remained in Jerusalem that day. On the next day, 13 David invited him to eat and drink in his presence and made him drunk; and in the evening he went out to lie on his couch with the servants of his lord, but he did not go down to his house. 14 In the morning David wrote a letter to Joab, and sent it by the hand of Uriah. 15 In the letter he wrote, “Set Uriah in the forefront of the hardest fighting, and then draw back from him, so that he may be struck down and die.”

Psalm 14 laments the condition of the human race; all of God’s people fall short (even King David, as above).  Yet God’s concern remains.  He seeks the wise and the just and provides refuge for those in need.  And God will in the end be found in Jerusalem, on Mount Zion, and restore his people.

1 The fool has said in his heart, “There is no God.” *
All are corrupt and commit abominable acts;
there is none who is good, not one.

2 The Lord looks down from heaven upon us all, *
to see if there is any who is wise,
if there is one who seeks after God.

3 Everyone has proved faithless;
all alike have turned bad; *
there is none who does good; no, not one.

4 Have they no knowledge, all those evildoers *
who eat up my people like bread
and do not call upon the Lord?

5 See how they tremble with fear, *
because God is in the company of the righteous.

6 Their aim is to confound the plans of the afflicted, *
but the Lord is their refuge.

7 Oh, that Israel’s deliverance would come out of Zion! *
When the Lord restores the fortunes of his people,
Jacob will rejoice and Israel be glad.

The section of 2 Kings from 4:1—8:6 tells the story of the prophet Elisha’s many miracles.  The first of them occur in the context of a great famine.  Elisha provides oil and meal to a Shunammite woman and raises her son from death (4:8-37).  Immediately prior to the following reading, the company of prophets sits down for a pot of stew, but discovers it is poison.  Some flour from Elisha makes it edible again (4:38-41).  Today’s reading is clearly the ancestor of this morning’s Gospel reading.

Psalm 145 is a psalm extolling the character of the God of Israel.  In Hebrew it is an acrostic poem, each new verse beginning with a subsequent letter of the Hebrew alphabet.  The portion of the psalm we are using this morning emphasizes God’s reign over all creation and his care for all his creatures.

10 All your works praise you, O Lord, *
and your faithful servants bless you.

11 They make known the glory of your kingdom *
and speak of your power;

12 That the peoples may know of your power *
and the glorious splendor of your kingdom.

13 Your kingdom is an everlasting kingdom; *
your dominion endures throughout all ages.

15 The Lord upholds all those who fall; *
he lifts up those who are bowed down.

16 The eyes of all wait upon you, O Lord, *
and you give them their food in due season.

17 You open wide your hand *
and satisfy the needs of every living creature.

The writer of this letter breaks into prayer that the saints (i.e., all God’s people) should be strengthened in the Spirit and have a heart where Christ dwells, producing the love that cannot be measured.  The final two verses are a doxology (a verse of praise), which in our Prayer Book is one of the options for ending Morning or Evening Prayer (see p. 10 & p. 126).

3:14 For this reason I bow my knees before the Father, 15 from whom every family in heaven and on earth takes its name. 16 I pray that, according to the riches of his glory, he may grant that you may be strengthened in your inner being with power through his Spirit, 17 and that Christ may dwell in your hearts through faith, as you are being rooted and grounded in love. 18 I pray that you may have the power to comprehend, with all the saints, what is the breadth and length and height and depth, 19 and to know the love of Christ that surpasses knowledge, so that you may be filled with all the fullness of God. 20 Now to him who by the power at work within us is able to accomplish abundantly far more than all we can ask or imagine, 21 to him be glory in the church and in Christ Jesus to all generations, forever and ever. Amen.

We begin five weeks of reading through chapter 6 of John’s Gospel, whose predominant image is bread.  It begins with the familiar story of the feeding of the five thousand.  This story is one of the few that exist in all four gospels, stressing its importance to the early followers of Jesus.  The Gospel writer John has his own spin on this story.  Jesus is concerned about the disciples underestimating his power.  The crowd is overly practical. They seem to say, “What’s in it for me?”  Jesus flees this kind of thinking.  The passage ends with the storm at sea and Jesus’ walking on the water with the message, “Do not be afraid.”

6:1 Jesus went to the other side of the Sea of Galilee, also called the Sea of Tiberias. 2 A large crowd kept following him, because they saw the signs that he was doing for the sick. 3 Jesus went up the mountain and sat down there with his disciples. 4 Now the Passover, the festival of the Jews, was near. 5 When he looked up and saw a large crowd coming toward him, Jesus said to Philip, “Where are we to buy bread for these people to eat?” 6 He said this to test him, for he himself knew what he was going to do. 7 Philip answered him, “Six months’ wages would not buy enough bread for each of them to get a little.” 8 One of his disciples, Andrew, Simon Peter’s brother, said to him, 9 “There is a boy here who has five barley loaves and two fish. But what are they among so many people?” 10 Jesus said, “Make the people sit down.” Now there was a great deal of grass in the place; so they sat down, about five thousand in all. 11 Then Jesus took the loaves, and when he had given thanks, he distributed them to those who were seated; so also the fish, as much as they wanted. 12 When they were satisfied, he told his disciples, “Gather up the fragments left over, so that nothing may be lost.” 13 So they gathered them up, and from the fragments of the five barley loaves, left by those who had eaten, they filled twelve baskets. 14 When the people saw the sign that he had done, they began to say, “This is indeed the prophet who is to come into the world.” 15 When Jesus realized that they were about to come and take him by force to make him king, he withdrew again to the mountain by himself. 16 When evening came, his disciples went down to the sea, 17 got into a boat, and started across the sea to Capernaum. It was now dark, and Jesus had not yet come to them. 18 The sea became rough because a strong wind was blowing. 19 When they had rowed about three or four miles, they saw Jesus walking on the sea and coming near the boat, and they were terrified. 20 But he said to them, “It is I; do not be afraid.” 21 Then they wanted to take him into the boat, and immediately the boat reached the land toward which they were going.

Posted by The Rev Michael W Hopkins at 5:53 PM