Epiphany 3B Readings with Commentaries 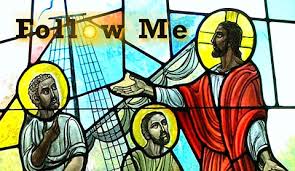 Give us grace, O Lord, to answer readily the call of our Savior Jesus Christ and proclaim to all people the Good News of his salvation, that we and the whole world may perceive the glory of his marvelous works; who lives and reigns with you and the Holy Spirit, one God, for ever and ever. Amen.

Jonah had resisted God’s first attempt to send him to Nineveh, in part because he knew God would show mercy to those who were Israel’s enemies, and he did not want to do it.  Nineveh was a great city of the Assyrian Empire.  Jonah relents the second time (after being saved from the belly of a great fish) and the city repents, and God forgives, just as Jonah had feared.  The story continues with Jonah’s bitter complaint against God.  But God’s mercy prevails, even over Jonah.

3:1 The word of the Lord came to Jonah a second time, saying, 2 “Get up, go to Nineveh, that great city, and proclaim to it the message that I tell you.” 3 So Jonah set out and went to Nineveh, according to the word of the Lord. Now Nineveh was an exceedingly large city, a three days’ walk across. 4 Jonah began to go into the city, going a day’s walk. And he cried out, “Forty days more, and Nineveh shall be overthrown!” 5 And the people of Nineveh believed God; they proclaimed a fast, and everyone, great and small, put on sackcloth. 10 When God saw what they did, how they turned from their evil ways, God changed his mind about the calamity that he had said he would bring upon them; and he did not do it.

Psalm 62 is a personal testimony of trust in God.  As a response to the first reading, the last line is interesting since God decides not to repay the Ninevites “according to their deeds.”  Perhaps the ways of God are not as simple as either Jonah or the psalmist imagines!

6 For God alone my soul in silence waits; *
truly, my hope in in him.

7 He alone is my rock and my salvation, *
my stronghold, so that I shall not be shaken.

8 In God is my safety and my honor; *
God is my strong rock and my refuge.

9 Put your trust in him always, O people, *
pour out your hearts before him,
for God is our refuge.

10 Those of high degree are but a fleeting breath, *
even those of low estate cannot be trusted.

11 On the scales they are lighter than a breath, *
all of them together.

12 Put no trust in extortion;
in robbery take no empty pride; *
though wealth increase, set not your heart upon it.

13 God has spoken once, twice I have heard it, *
that power belongs to God.

14 Steadfast love is your, O Lord, *
for you repay everyone according to his deeds.

Paul, like most early Christians, believed that Jesus’ return in glory was imminent.  In this context, the following reading makes perfect sense. Paul exhorts the followers of Jesus to rid themselves of all distractions from focusing on the glory that is to come.  Jesus, however, would not come again soon, so what does this reading have to offer us?  There is a sense in which God calls us to a certain detachment from even those things and people we most cherish, lest we lose sight of the One who is always coming into our lives.

As is typical for Mark, our short Gospel reading packs in a lot of information.  After John the Baptist’s arrest, Jesus begins his public ministry with a message of (in Greek) metanoia (repent, turn around, change your mind).  The kingdom of heaven is at hand. He then calls his first disciples who all leave to follow him “immediately” (a favorite word of Mark).

1:14 Now after John was arrested, Jesus came to Galilee, proclaiming the good news of God, 15 and saying, “The time is fulfilled, and the kingdom of God has come near; repent, and believe in the good news.” 16 As Jesus passed along the Sea of Galilee, he saw Simon and his brother Andrew casting a net into the sea—for they were fishermen. 17 And Jesus said to them, “Follow me and I will make you fish for people.” 18 And immediately they left their nets and followed him. 19 As he went a little farther, he saw James son of Zebedee and his brother John, who were in their boat mending the nets. 20 Immediately he called them; and they left their father Zebedee in the boat with the hired men, and followed him.

The Scripture quotations (except for the Psalm) are from the New Revised Standard Version Bible, copyright © 1989 by the Division of Christian Education of the National Council of Churches of Christ in the U.S.A.  All rights reserved.  The Collect and the Psalm translation are from The Book of Common Prayer.  Commentaries are by Epiphany ESources, E. Main St., Hornell, NY 14843, www.epiphanyesources.com , copyright © 2021.  All rights reserved. Permission is given to copy for group study.

Posted by The Rev Michael W Hopkins at 3:17 PM