24 Pentecost 2020, Proper 28A Readings with Commentaries

The 24th Sunday after Pentecost (Proper 28A) 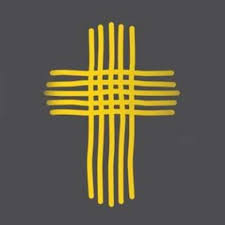 Blessed Lord, who caused all holy Scriptures to be written for our learning: Grant us so to hear them, read, mark, learn, and inwardly digest them, that we may embrace and ever hold fast the blessed hope of everlasting life, which you have given us in our Savior Jesus Christ; who lives and reigns with you and the Holy Spirit, one God, for ever and ever. Amen.

This is our only reading in the lectionary from the Book of Judges. Judges covers the time between the death of Joshua (the successor of Moses) and the birth of Samuel the prophet, the last judge of Israel. Those who served as “judge” were, in essence, the earthly rulers of Israel, who had only one King, the Lord. The overall story told in Judges is the gradual decline of Israel into civil and religious chaos. Today we have mention of a woman serving as Judge, Deborah. She was one of six major judges, the others being Othniel, Ehud, Gideon, Jephthah, and Samson. Women played a significant role in the early stories of Judges, but their role declines over time and mostly disappears by the time of Samson.

4:1 The Israelites again did what was evil in the sight of the Lord, after [the judge] Ehud died. 2 So the Lord sold them into the hand of King Jabin of Canaan, who reigned in Hazor; the commander of his army was Sisera, who lived in Harosheth-ha-goiim. 3 Then the Israelites cried out to the Lord for help; for he had nine hundred chariots of iron, and had oppressed the Israelites cruelly twenty years. 4 At that time Deborah, a prophetess, wife of Lappidoth, was judging Israel. 5 She used to sit under the palm of Deborah between Ramah and Bethel in the hill country of Ephraim; and the Israelites came up to her for judgment. 6 She sent and summoned Barak son of Abinoam from Kedesh in Naphtali, and said to him, “The Lord, the God of Israel, commands you, ‘Go, take position at Mount Tabor, bringing ten thousand from the tribe of Naphtali and the tribe of Zebulun. 7 I will draw out Sisera, the general of Jabin’s army, to meet you by the Wadi Kishon with his chariots and his troops; and I will give him into your hand.’”

Psalm 123 is one of the “Songs of Ascent” (Psalms 120 to 133) which were songs sung while on pilgrimage to Jerusalem for major festival celebrations in the Temple.  This brief song is a plea for mercy, which in this case is as much “favor” or “blessing” as forgiveness. It is a psalm that easily echoes down from the past: “God, show us the way to a better place.”

1 To you I lift up my eyes, *
to you enthroned in the heavens.

3 So our eyes look to the Lord our God, *
until he show us his mercy.

4 Have mercy upon us, O Lord, have mercy, *
for we have had more than enough of contempt,

5 Too much of the scorn of the indolent rich, *
and of the derision of the proud.

Zephaniah was active as a prophet in the 7th century b.c.e., during the reign of Josiah (640-609). He appears to have been a native of Jerusalem and perhaps of royal blood. Zephaniah preached about the coming “Day of the Lord,” brought on by the worship of other gods. His preaching may have led to the reforms of Josiah in 621 b.c.e. (2 Kings 23). The Day of the Lord will be disaster for all, for Israel and all the nations. Late in the book (3:9-20) the possibility of repentance and salvation soften somewhat this otherwise harsh prophet.

1:7 Be silent before the Lord God! For the day of the Lord is at hand; the Lord has prepared a sacrifice, he has consecrated his guests. 12 At that time I will search Jerusalem with lamps, and I will punish the people who rest complacently on their dregs, those who say in their hearts, “The Lord will not do good, nor will he do harm.” 13 Their wealth shall be plundered, and their houses laid waste. Though they build houses, they shall not inhabit them; though they plant vineyards, they shall not drink wine from them. 14 The great day of the Lord is near, near and hastening fast; the sound of the day of the Lord is bitter, the warrior cries aloud there. 15 That day will be a day of wrath, a day of distress and anguish, a day of ruin and devastation, a day of darkness and gloom, a day of clouds and thick darkness, 16 a day of trumpet blast and battle cry against the fortified cities and against the lofty battlements. 17 I will bring such distress upon people that they shall walk like the blind; because they have sinned against the Lord, their blood shall be poured out like dust, and their flesh like dung. 18 Neither their silver nor their gold will be able to save them on the day of the Lord’s wrath; in the fire of his passion the whole earth shall be consumed; for a full, a terrible end he will make of all the inhabitants of the earth.

Psalm 90 is a wisdom hymn comparing the everlasting nature of God and the brevity of human life. There are echoes of Genesis in the psalm, “Dust you are and to dust you shall return” (Genesis 2:7, 3:19).  Psalm 90 is the only psalm attributed to Moses.

1 Lord, you have been our refuge *
from one generation to another.

2 Before the mountains were brought forth,
or the land and the earth were born, *
from age to age you are God.

4 For a thousand years in your sight are like yesterday when it is past *
and like a watch in the night.

6 In the morning it is green and flourishes; *
in the evening it is dried up and withered.

7 For we consume away in your displeasure; *
we are afraid because of your wrathful indignation.

8 Our iniquities you have set before you, *
and our secret sins in the light of your countenance.

[9 When you are angry, all our days are gone; *
we bring our years to an end like a sigh.

10 The span of our life is seventy years,
perhaps in strength even eighty; *
yet the sum of them is but labor and sorrow,
for they pass away quickly and we are gone.

11 Who regards the power of your wrath? *
who rightly fears your indignation?]

12 So teach us to number our days *
that we may apply our hearts to wisdom.

The chief concern of the Christians in Thessalonica seems to have been the promised coming again of the Lord Jesus. Even Jesus himself seems to have thought it would be quickly, but the Thessalonians are beginning to question whether or not this is true. In the previous chapter Paul has assured them that those who have died will be taken care of. Now he speaks of how Christians should live, i.e., always in anticipation, never allowing one’s senses to dull. We may not know “the times and the seasons,” but we can always be ready.  And then he uses the same phrase he used at the end of the previous section:  “encourage one another.” This is his theme for the letter, and it is a communal one. Encouragement cannot come from myself; it takes a community for encouragement to flourish.

5:1 Now concerning the times and the seasons, brothers and sisters, you do not need to have anything written to you. 2 For you yourselves know very well that the day of the Lord will come like a thief in the night. 3 When they say, “There is peace and security,” then sudden destruction will come upon them, as labor pains come upon a pregnant woman, and there will be no escape! 4 But you, beloved, are not in darkness, for that day to surprise you like a thief; 5 for you are all children of light and children of the day; we are not of the night or of darkness. 6 So then let us not fall asleep as others do, but let us keep awake and be sober; 7 for those who sleep sleep at night, and those who are drunk get drunk at night. 8 But since we belong to the day, let us be sober, and put on the breastplate of faith and love, and for a helmet the hope of salvation. 9 For God has destined us not for wrath but for obtaining salvation through our Lord Jesus Christ, 10 who died for us, so that whether we are awake or asleep we may live with him. 11 Therefore encourage one another and build up each other, as indeed you are doing.

The middle of the three great parables of Matthew 25, unlike the first and third, also appears in Luke’s Gospel (19:12-27). It has a harsh tone; one can easily imagine being the slave with one talent who dared not lose it and there be nothing left. You can hear an echo of the story of “the fall” from Genesis 3:8-13, when the first man and woman hide themselves from God because they are afraid. As that story goes, it is fear that is as much the cause of the breakdown in relationship with God than the sin of eating the fruit. This parable has a simple message and it is not about investing wisely. It is that fear is the great enemy of the Gospel and life in the Kingdom of God.

The Scripture quotations (except for the Psalm) are from the New Revised Standard Version Bible, copyright © 1989 by the Division of Christian Education of the National Council of Churches of Christ in the U.S.A.  All rights reserved.  The Collect of the Day and Psalm are from The Book of Common Prayer.  Commentaries are copyright © 2020 Epiphany ESources, 67 E. Main St., Hornell, NY 14843. www.EpiphanyEsources.com. All rights reserved. Permission is given to copy for group study with this attribution.

Posted by The Rev Michael W Hopkins at 3:39 PM