The Story of Romans 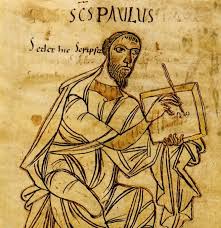 On 14 successive Sundays beginning June 14 we will be hearing from Paul’s Letter to the Romans.  Romans is by far the longest of Paul’s letters and it is unique in that it is the only one of his letters written to a community that he did not know in a place he had never been.

We often treat the letters of the New Testament as if they were little theological treatises.  Yet reading them is more like reading a stranger’s mail.  There’s a relationship—a story—that is the context of each letter, even Romans.  It is not easy to get at that context.  There are clues in the letters themselves and there is history written by other sources.  And there is conjecture, of course, somewhat akin to “reading between the lines.”

Since we’re going to spend so much time with Romans, I thought it would be good to summarize current thinking on the story behind the letter.

Paul was on an extended stay in Corinth, in southern Greece. It was the end of a long journey that had taken him through Asia minor and into Macedonia and Greece.  In addition to spreading the message of Jesus, he had been taking up a collection for impoverished believers in Jerusalem, which was to be his next stop.  This was around the year 58 c.e.  After Jerusalem, Paul’s hope was to visit Rome and press on to Spain.  Paul was aware that he was a controversial figure and his letter to the Christians in Rome was primarily meant as a “get to know you” letter.  He wanted to present himself and his teaching to them on a personal level.

Paul certainly would have known something of what was going on in Rome.  His good friends Prisca and Aquila, whom he met in Corinth, had been banished from Rome.  Christianity had come to Rome at a very early date. By the early 40’s there was a community there, probably predominantly Jewish Christians, and it may have been controversy among the Jews of Rome (a much older community) that caused the Emperor Claudius to expel all Jews from Rome around the year 49.  That expulsion may have led to Gentile believers coming to the fore in Rome.  We know that many Jewish Christians returned to Rome after Claudius’ death in 54 (including Prisca and Aquila).  So the Christian community in Rome was mixed Jewish and Gentile with the inherent tensions this caused in many early Christian communities.

In his letter Paul addresses both Jewish and Gentile Christians. He highlights the heritage of Judaism, which he sees as vitally important.  He goes so far as to defend the co-existence of Judaism and Christianity.  But the bulk of his letter is addressed to Gentiles. To them he seeks to establish a shared understanding of Christian belief and practice.  Among the many people Paul mentions at the end of the letter is a deacon named Phoebe, who may very well have carried the letter to Rome.

Paul did eventually arrive in Rome, as the Acts of the Apostles testifies.  It was probably around the year 62.  He never made it to Spain. He was martyred along with many other Christians, sometime during the reign of Emperor Nero, probably after the great Roman fire of 64 c.e., which Nero blamed on Christians.

When reading Paul’s letter, it is important to take the long view.  Paul was carefully making arguments, not listing out doctrines and moral precepts.  When reading Romans, it is important to pay little attention to chapter and verse numbers.  Paul’s first argument, for instance, runs from 1:18 through 4:25:  the Gentiles are included as believers based not on nature, but on faith.  We won’t, by the way, be reading from this first part of the letter.  We will begin on June 14 with Romans 5:1-8, where Paul begins a section (through 8:39) on the hope that faith brings, where one can find some of the most inspiring things that Paul ever says.  Then in 9:1 to 11:36 Paul speaks of his own people—the Jews—and their inclusion in the plan of God.  Finally, in chapters 12-15, Paul speaks of what it means to live as Christians.

A Roman Catholic Bible scholar, Brenden Byrne, in a recent commentary on Romans, calls it a letter of inclusion.  He divides the letter into three major sections:  In section one, he argues for the inclusion of the Gentiles.  In section two he argues for the inclusion of the Jews.  In the third section he talks about what it means to live in inclusive community.

The Rev. Michael W. Hopkins
Copyright (c) 2020 Epiphany ESources, Inc., 67 E Main St, Hornell, NY 14843.  All rights reserved. Permission is granted to reproduce this article in parish newsletters or bulletins. Please inform us that you are doing so at info@epiphanyesources.com.

Posted by The Rev Michael W Hopkins at 10:32 AM