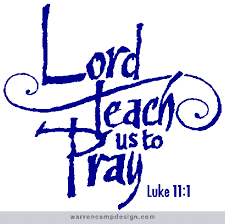 In this passage the gospel writer Luke has joined together several of Jesus’ teachings on prayer. It was not an unusual practice for rabbis of Jesus’ day to give their disciples a particular form for prayer.

1st Reading (Track 1):  Hosea 1:2-10
The prophet Hosea was a contemporary of the prophet Amos, both prophesying in the waning days of the Northern Kingdom (which Hosea refers to as Israel, Ephraim, or Samaria). Hosea’s life becomes itself a metaphor for Israel’s relationship with God. Israel has prostituted itself to foreign gods (especially Baal), and, through the Assyrians, God will punish them. In the life of Hosea, his wife Gomer’s illegitimate children will result in a separation of the couple. Yet in chapter 3, the relationship is restored, promising that God’s relationship with Israel will be restored. The restoration will not be through the Northern Kingdom (which was destroyed in 722 b.c.e. and never restored), but through the Southern Kingdom of Judah.

1:2 When the Lord first spoke through Hosea, the Lord said to Hosea, “Go, take for yourself a wife of whoredom and have children of whoredom, for the land commits great whoredom by forsaking the Lord.” 3 So he went and took Gomer daughter of Diblaim, and she conceived and bore him a son. 4 And the Lord said to him, “Name him Jezreel; for in a little while I will punish the house of Jehu for the blood of Jezreel, and I will put an end to the kingdom of the house of Israel. 5 On that day I will break the bow of Israel in the valley of Jezreel.” 6 She conceived again and bore a daughter. Then the Lord said to him, “Name her Lo-ruhamah, for I will no longer have pity on the house of Israel or forgive them. 7 But I will have pity on the house of Judah, and I will save them by the Lord their God; I will not save them by bow, or by sword, or by war, or by horses, or by horsemen.” 8 Then she had weaned Lo-ruhamah, she conceived and bore a son. 9 Then the Lord said, “Name him Lo-ammi, for you are not my people and I am not your God.” 10 Yet the number of the people of Israel shall be like the sand of the sea, which can be neither measured nor numbered; and in the place where it was said to them, “You are not my people,” it shall be said to them, “Children of the living God.”

Psalm 85 (Track 1)
Psalm 85 begins (vv. 1-3) as a remembrance of the graciousness of God, but then moves (vv. 4-7) into a lament of present day alienation from God.  Within this lament comes the question, “Will God’s anger be forever?” In verses 8 & 9, a response from God is anticipated, recognizing that in order to hear there must be a “turning.” God’s response is in verses 10-13, a vision of shalom, well-being, the dream of God for his creation in its fullness.

1 You have been gracious to your land, O Lord, *
you have restored the good fortune of Jacob.
2 You have forgiven the iniquity of your people *
and blotted out all their sins.
3 You have withdrawn all your fury *
and turned yourself from your wrathful indignation.
4 Restore us then, O God our Savior; *
let your anger depart from us.
5 Will you be displeased with us for ever? *
will you prolong your anger from age to age?
6 Will you not give us life again, *
that your people may rejoice in you?
7 Show us your mercy, O Lord, *
and grant us your salvation.
8 I will listen to what the Lord God is saying, *
for he is speaking peace to his faithful people
and to those who turn their hearts to him.
9 Truly, his salvation is very near to those who fear him, *
that his glory may dwell in our land.
10 Mercy and truth have met together; *
righteousness and peace have kissed each other.
11 Truth shall spring up from the earth, *
and righteousness shall look down from heaven.
12 The Lord will indeed grant prosperity, *
and our land will yield its increase.
13 Righteousness shall go before him, *
and peace shall be a pathway for his feet.

1st Reading (Track 2):  Genesis 18:20-32
This reading continues last week’s. The three messengers who visited Abraham and Sarah set out for Sodom and Abraham accompanies them.  The Lord speaks—is this the same being as the three men, which is implied? It is impossible to tell for sure. The Lord takes Abraham into his counsel and Abraham intercedes for the people of Sodom, in a sense working a deal with him. This is a direct challenge to the (then) widely held belief in “collective guilt” and punishment. Of course, Sodom is destroyed for lack of even ten, and the violent inhospitality (the real “sin of Sodom”) the messengers of the Lord find there.

Psalm 138 (Track 2)
Psalm 138 is a psalm of thanksgiving and trust.  Note the psalm does not assume that life will be free from distress.  Trouble is a given in life, but so are God’s purposes and love. It was faith in this God that caused Abraham to risk confrontation with him in our first reading.

1 I will give thanks to you, O Lord, with my whole heart;
before the gods I will sing your praise.
2 I will bow down toward your holy temple and praise your Name,
because of your love and faithfulness;
3 For you have glorified your Name
and your word above all things.
4 When I called, you answered me;
you increased my strength within me.
5 All the rulers of the earth will praise you, O Lord,
when they have heard the words of your mouth.
6 They will sing of the ways of the Lord,
that great is the glory of the Lord.
7 Though the Lord be high, he cares for the lowly,
perceiving the haughty from afar.
8 Though I walk in the midst of trouble, you keep me safe;
you stretch forth your hand against the fury of my enemies;
your right hand shall save me.
9 The Lord has a purpose for me and will make it good;
O Lord, your love endures for ever;
do not abandon the works of your hands.

2nd Reading:  Colossians 2:6-15, (16-19)
The members of the Christian community in Colossae have been exposed to teaching which understand Christ to be only one member of an angelic hierarchy (typical of what was called “Gnosticism” in the early church). Paul appeals to them with his own experience and teaching: “the whole fullness of deity dwells [in him] bodily.” There is no other. You were baptized into his death and resurrection. You need nothing more. The only response that is required is to “abound in thanksgiving” (in Greek eucharistia).

2:6 As you therefore have received Christ Jesus the Lord, continue to live your lives in him, 7 rooted and built up in him and established in the faith, just as you were taught, abounding in thanksgiving. 8 See to it that no one takes you captive through philosophy and empty deceit, according to human tradition, according to the elemental spirits of the universe, and not according to Christ. 9 For in him the whole fullness of deity dwells bodily, 10 and you have come to fullness in him, who is the head of every ruler and authority. 11 In him also you were circumcised with a spiritual circumcision, by putting off the body of the flesh in the circumcision of Christ; 12 when you were buried with him in baptism, you were also raised with him through faith in the power of God, who raised him from the dead. 13 And when you were dead in trespasses and the uncircumcision of your flesh, God made you alive together with him, when he forgave us all our trespasses, 14 erasing the record that stood against us with its legal demands. He set this aside, nailing it to the cross. 15 He disarmed the rulers and authorities and made a public example of them, triumphing over them in it.
[16  Therefore do not let anyone condemn you in matters of food and drink or of observing festivals, new moons, or sabbaths. 17 These are only a shadow of what is to come, but the substance belongs to Christ. 18 Do not let anyone disqualify you, insisting on self-abasement and worship of angels, dwelling on visions, puffed up without cause by a human way of thinking, 19 and not holding fast to the head, from whom the whole body, nourished and held together by its ligaments and sinews, grows with a growth that is from God.]

Gospel Reading:  Luke 11:1-13
In this passage the gospel writer Luke has joined together several of Jesus’ teachings on prayer. It was not an unusual practice for rabbis of Jesus’ day to give their disciples a particular form for prayer. Apparently John the Baptist did so to his (although we have no record of it). Luke’s form of the Lord’s Prayer is simpler than the version in Matthew’s Gospel (6:9-13). There are two brief phrases of praise to God and three prayers for the ones praying (note the form is plural—it is a communal prayer, not a private one). The parable of the friend at midnight may have originally been about preparedness for the end time, but here it is about persistence.  In the concluding verses, Luke says we will be given “the Holy Spirit” rather than Matthew’s “good things.”  The Holy Spirit has been ever present in Luke’s Gospel, and will continue to be through the Acts of the Apostles (Luke’s second volume).

11:1 Jesus was praying in a certain place, and after he had finished, one of his disciples said to him, “Lord, teach us to pray, as John taught his disciples.” 2 He said to them, “When you pray, say: Father, hallowed be your name. Your kingdom come. 3 Give us each day our daily bread. 4 And forgive us our sins, for we ourselves forgive everyone indebted to us. And do not bring us to the time of trial.” 5 And he said to them, “Suppose one of you has a friend, and you go to him at midnight and say to him, ‘Friend, lend me three loaves of bread; 6 for a friend of mine has arrived, and I have nothing to set before him.’ 7 And he answers from within, ‘Do not bother me; the door has already been locked, and my children are with me in bed; I cannot get up and give you anything.’ 8 I tell you, even though he will not get up and give him anything because he is his friend, at least because of his persistence he will get up and give him whatever he needs. 9 So I say to you, Ask, and it will be given you; search, and you will find; knock, and the door will be opened for you. 10 For everyone who asks receives, and everyone who searches finds, and for everyone who knocks, the door will be opened. 11 Is there anyone among you who, if your child asks for a fish, will give a snake instead of a fish? 12 Or if the child asks for an egg, will give a scorpion? 13 If you then, who are evil, know how to give good gifts to your children, how much more will the heavenly Father give the Holy Spirit to those who ask him!”

The Scripture quotations (except for the psalm) are from the New Revised Standard Version Bible, copyright © 1989 by the Division of Christian Education of the National Council of Churches of Christ in the U.S.A., and are used by permission.  All rights reserved.  The Psalm translation is from The Book of Common Prayer.  Commentaries are copyright © 2019 Epiphany ESources, 67. E. Main St., Hornell, NY  14843, www.EpiphanyEsources.com. All rights reserved.  Permission is given to copy for group study. Bulletin inserts are available. Go to our website for more information.

Posted by The Rev Michael W Hopkins at 10:51 AM