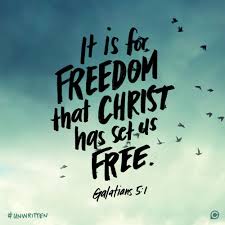 Paul continues his plea to the Galatians to embrace the freedom of the Gospel and reject the necessity of following the law (including being circumcised).

1st Reading (Track 1): 2 Kings 2:1-2, 6-14
Elijah’s struggle with King Ahab of Israel (the northern kingdom) has ended with Ahab’s death (1 Kings 22:29-40), which occurred as Elijah had prophesied. Elijah’s service is now done and we are told he is to be taken “up to heaven.” No other figure in the Hebrew Scriptures merits this kind of ascension, although tradition held that it had happened to Moses, since no one knew where his burial had taken place (Deuteronomy 34:1-8). Elijah had taken on Elisha as a protégé (1 Kings 19:19-21), and here the prophetic mantle is passed to him. Elisha asks for a double share of Elijah’s spirit (rûach), giving accreditation to this new mouthpiece of the Lord.

Psalm 77:1-2, 11-20 (Track 1)
Psalm 77 begins as an individual complaint “in the day of my trouble.” The resolution of this trouble is first and foremost to remember the “mighty deeds” of God. The song of God’s mighty acts in the parting of the waters and in great, stormy, theophany recalls today’s first reading.

1 I will cry aloud to God; *
I will cry aloud, and he will hear me.
2 In the day of my trouble I sought the Lord; *
my hands were stretched out by night and did not tire;
I refused to be comforted.
11 I will remember the works of the Lord, *
and call to mind your wonders of old time.
12 I will meditate on all your acts *
and ponder your mighty deeds.
13 Your way, O God, is holy; *
who is so great a god as our God?
14 You are the God who works wonders *
and have declared your power among the peoples.
15 By your strength you have redeemed your people, *
the children of Jacob and Joseph.
16 The waters saw you, O God; the waters saw you and trembled; *
the very depths were shaken.
17 The clouds poured out water; the skies thundered; *
your arrows flashed to and fro;
18 The sound of your thunder was in the whirlwind;
your lightnings lit up the world; *
the earth trembled and shook.
19 Your way was in the sea, and your paths in the great waters, *
yet your footsteps were not seen.
20 You led your people like a flock *
by the hand of Moses and Aaron.

2nd Reading: Galatians 5:1, 13-25
Paul continues his plea to the Galatians to embrace the freedom of the Gospel and reject the necessity of following the law (including being circumcised).  His anger shows in the portion we skip.  “I wish those who unsettle you would castrate themselves!”  He is careful to say, however, that freedom and self-indulgence are not the same thing.  For freedom to work for all, love must also be practiced, love that produces the “fruits of the Spirit.” Paul’s frequent use of “flesh” should not be taken literally. Paul is not an enemy of our bodies. “The flesh” for him is that impulse to self-indulgence with which all of us struggle.

5:1 For freedom Christ has set us free. Stand firm, therefore, and do not submit again to a yoke of slavery. 13 For you were called to freedom, brothers and sisters; only do not use your freedom as an opportunity for self-indulgence, but through love become slaves to one another. 14 For the whole law is summed up in a single commandment, “You shall love your neighbor as yourself.” 15 If, however, you bite and devour one another, take care that you are not consumed by one another. 16 Live by the Spirit, I say, and do not gratify the desires of the flesh. 17 For what the flesh desires is opposed to the Spirit, and what the Spirit desires is opposed to the flesh; for these are opposed to each other, to prevent you from doing what you want. 18 But if you are led by the Spirit, you are not subject to the law. 19 Now the works of the flesh are obvious: fornication, impurity, licentiousness, 20 idolatry, sorcery, enmities, strife, jealousy, anger, quarrels, dissensions, factions, 21 envy, drunkenness, carousing, and things like these. I am warning you, as I warned you before: those who do such things will not inherit the kingdom of God. 22 By contrast, the fruit of the Spirit is love, joy, peace, patience, kindness, generosity, faithfulness, 23 gentleness, and self-control. There is no law against such things. 24 And those who belong to Christ Jesus have crucified the flesh with its passions and desires. 25 If we live by the Spirit, let us also be guided by the Spirit.

Gospel Reading: Luke 9:51-62
Verse 9:51 begins a new section of Luke’s Gospel. Jesus has been going about in Galilee, now he heads south to Jerusalem.  It is a good place to be reminded that the chapter and verse divisions of the Bible were not original to the writers.  They did not come about until the early 13th century, under the hand of Archbishop of Canterbury Stephen Langton.  He did not always get the sense of the text right!  The mood of the text turns serious here as well, witnessed by Jesus insisting on total loyalty and devotion to the mission (the kingdom). The sayings at the end of the text are hard, but they are very much in line with others of Jesus’ sayings. For him, obligation to family does not take precedence over testimony to the kingdom.

9:51 When the days drew near for Jesus to be taken up, he set his face to go to Jerusalem. 52 And he sent messengers ahead of him. On their way they entered a village of the Samaritans to make ready for him; 53 but they did not receive him, because his face was set toward Jerusalem. 54 When his disciples James and John saw it, they said, “Lord, do you want us to command fire to come down from heaven and consume them?” 55 But he turned and rebuked them. 56 Then they went on to another village. 57 As they were going along the road, someone said to him, “I will follow you wherever you go.” 58 And Jesus said to him, “Foxes have holes, and birds of the air have nests; but the Son of Man has nowhere to lay his head.” 59 To another he said, “Follow me.” But he said, “Lord, first let me go and bury my father.” 60 But Jesus said to him, “Let the dead bury their own dead; but as for you, go and proclaim the kingdom of God.” 61 Another said, “I will follow you, Lord; but let me first say farewell to those at my home.” 62 Jesus said to him, “No one who puts a hand to the plow and looks back is fit for the kingdom of God.”

The Scripture quotations (except for the psalm) are from the New Revised Standard Version Bible, copyright © 1989 by the Division of Christian Education of the National Council of Churches of Christ in the U.S.A., and are used by permission.  All rights reserved.  The Psalm translation is from The Book of Common Prayer.  Commentaries are copyright © 2019 Epiphany ESources, 67. E. Main St., Hornell, NY  14843, www.EpiphanyEsources.com. All rights reserved.  Permission is given to copy for group study.  Bulletin inserts are available. Go to our website for more information.

Posted by The Rev Michael W Hopkins at 10:28 AM