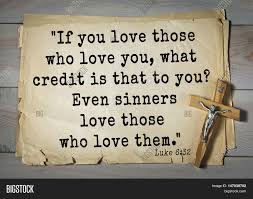 The middle portion of Luke’s “Sermon on the Plain” speaks primarily of love and its requirements in deed, such as the love of enemy, the treatment of those among us who are poor, and the love of the stranger.

1st Reading:  Genesis 45:3-11, 15
Joseph, the next to the youngest of the twelve sons of the patriarch Jacob, was sold into slavery by his older brothers, who grew tired of his dreams of predominance over them, and the special treatment he received from their father.  Joseph ends up in Egypt, and, despite many trials, he ends up as chief steward of the land. When famine comes to the region, Jacob sends his sons to Egypt to buy grain, where they must deal with Joseph, who eventually reveals his identity in today’s passage. Joseph does not seek revenge but takes the long view (see today’s psalm), that God has meant all that has happened for good, or, we might say, has used all that has happened for good.

45:3 Joseph said to his brothers, “I am Joseph. Is my father still alive?” But his brothers could not answer him, so dismayed were they at his presence. 4 Then Joseph said to his brothers, “Come closer to me.” And they came closer. He said, “I am your brother, Joseph, whom you sold into Egypt. 5 And now do not be distressed, or angry with yourselves, because you sold me here; for God sent me before you to preserve life. 6 For the famine has been in the land these two years; and there are five more years in which there will be neither plowing nor harvest. 7 God sent me before you to preserve for you a remnant on earth, and to keep alive for you many survivors. 8 So it was not you who sent me here, but God; he has made me a father to Pharaoh, and lord of all his house and ruler over all the land of Egypt. 9 Hurry and go up to my father and say to him, ‘Thus says your son Joseph, God has made me lord of all Egypt; come down to me, do not delay. 10 You shall settle in the land of Goshen, and you shall be near me, you and your children and your children’s children, as well as your flocks, your herds, and all that you have. 11 I will provide for you there—since there are five more years of famine to come—so that you and your household, and all that you have, will not come to poverty.’” 15 And he kissed all his brothers and wept upon them; and after that his brothers talked with him.

Psalm 37:1-12, 41-42
Psalm 37, one of the longer in the collection is a wisdom psalm, directed, perhaps, at those troubled by the continued presence of injustice in the world.  Do not be discouraged, the psalmist says, the appearance of wealth and power in this world is an illusion.  Trust in God, the psalmist says, acknowledging that this will require patience (v. 7).

1     Do not fret yourself because of evildoers; *
do not be jealous of those who do wrong.
2     For they shall soon wither like the grass, *
and like the green grass fade away.
3     Put your trust in the Lord and do good; *
dwell in the land and feed on its riches.
4     Take delight in the Lord, *
and he shall give you your hearts’ desire.
5     Commit your way to the Lord and put your trust in him, *
and he will bring it to pass.
6     He will make your righteousness as clear as the light *
and your just dealing as the noonday.
7     Be still before the Lord *
and wait patiently for him.
8     Do not fret yourself over the one who prospers, *
the one who succeeds in evil schemes.
9     Refrain from anger, leave rage alone; *
do not fret yourself; it leads only to evil.
10   For evildoers shall be cut off, *
but those who wait upon the Lord shall possess the land.
11   In a little while the wicked shall be no more; *
you shall search out their place, but they will not be there.
12   But the lowly shall possess the land; *
they will delight in abundance of peace.
41   But the deliverance of the righteous comes from the Lord *
he is their stronghold in time of trouble.
42   The Lord will help them and rescue them; *
he will rescue them from the wicked and deliver them,
because they seek refuge in him.

15:35 Someone will ask, “How are the dead raised? With what kind of body do they come?” 36 Fool! What you sow does not come to life unless it dies. 37 And as for what you sow, you do not sow the body that is to be, but a bare seed, perhaps of wheat or of some other grain. 38 But God gives it a body as he has chosen, and to each kind of seed its own body. 42 So it is with the resurrection of the dead. What is sown is perishable, what is raised is imperishable. 43 It is sown in dishonor, it is raised in glory. It is sown in weakness, it is raised in power. 44 It is sown a physical body, it is raised a spiritual body. If there is a physical body, there is also a spiritual body. 45 Thus it is written, “The first man, Adam, became a living being;” the last Adam became a life-giving spirit. 46 But it is not the spiritual that is first, but the physical, and then the spiritual. 47 The first man was from the earth, a man of dust; the second man is from heaven. 48 As was the man of dust, so are those who are of the dust; and as is the man of heaven, so are those who are of heaven. 49 Just as we have borne the image of the man of dust, we will also bear the image of the man of heaven. 50 What I am saying, brothers and sisters, is this: flesh and blood cannot inherit the kingdom of God, nor does the perishable inherit the imperishable.

Gospel Reading: Luke 6:27-38
The middle portion of Luke’s “Sermon on the Plain” speaks primarily of love and its requirements in deed, such as the love of enemy, the treatment of those among us who are poor, and the love of the stranger.  When one practices this kind of love, judgment falls to the floor and forgiveness is raised as the highest of values.  Luke changes Matthew’s “Be perfect” to “Be merciful (v. 36). Perhaps they were simply using different collections of these sayings of Jesus, but it could also be that Luke understands the perfection of God to be shown most clear in the mercy of God.

6:27 Jesus said, “But I say to you that listen, Love your enemies, do good to those who hate you, 28 bless those who curse you, pray for those who abuse you. 29 If anyone strikes you on the cheek, offer the other also; and from anyone who takes away your coat do not withhold even your shirt. 30 Give to everyone who begs from you; and if anyone takes away your goods, do not ask for them again. 31 Do to others as you would have them do to you. 32 If you love those who love you, what credit is that to you? For even sinners love those who love them. 33 If you do good to those who do good to you, what credit is that to you? For even sinners do the same. 34 If you lend to those from whom you hope to receive, what credit is that to you? Even sinners lend to sinners, to receive as much again. 35 But love your enemies, do good, and lend, expecting nothing in return. Your reward will be great, and you will be children of the Most High; for he is kind to the ungrateful and the wicked. 36 Be merciful, just as your Father is merciful. 37 Do not judge, and you will not be judged; do not condemn, and you will not be condemned. Forgive, and you will be forgiven; 38 give, and it will be given to you. A good measure, pressed down, shaken together, running over, will be put into your lap; for the measure you give will be the measure you get back.”

The Scripture quotations (except for the psalm) are from the New Revised Standard Version Bible, copyright © 1989 by the Division of Christian Education of the National Council of Churches of Christ in the U.S.A., and are used by permission.  All rights reserved.  The Psalm translation is from The Book of Common Prayer.  Commentaries are by Epiphany ESources, E. Main St., Hornell, NY 14843, www.epiphanyesources.com , copyright © 2019.  All rights reserved. Permission is given to copy for group study, with attribution. Bulletin inserts are available. Go to our website for more information.

Posted by The Rev Michael W Hopkins at 3:41 PM