The 3rd Sunday after the Epiphany (A) 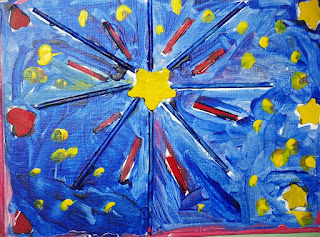 The First Reading:  Isaiah 9:1-4
Isaiah of Jerusalem prophecies as the Northern Kingdom (Israel) has been swallowed up by the powerful Assyrians. It is obvious that the Southern Kingdom (Judah) is next on the list for conquest. The future looks bleak.  Isaiah, however, speaks hopeful words. There is a former time of gloom, yes.  But there is also a “latter time” that will be glorious and where light will shine.  Remember, he says, “the day of Midian” (Judges 6-8) when Gideon led the people out from under oppression.

9:1 There will be no gloom for those who were in anguish. In the former time [the Lord] brought into contempt the land of Zebulun and the land of Naphtali, but in the latter time he will make glorious the way of the sea, the land beyond the Jordan, Galilee of the nations. 2 The people who walked in darkness have seen a great light; those who lived in a land of deep darkness—on them light has shined. 3 You have multiplied the nation, you have increased its joy; they rejoice before you as with joy at the harvest, as people exult when dividing plunder. 4 For the yoke of their burden, and the bar across their shoulders, the rod of their oppressor, you have broken as on the day of Midian.

Psalm 27:1, 5-13
Psalm 27 is a psalm of confidence and trust.  Interestingly enough, this psalm is the only place in the Hebrew Scriptures that calls God “my light.”  This is a highly personal psalm.  Verses 5-13 seem to be a vision of dwelling in the Temple.  The implication is that the kind of trust in God spoken of in the first verse becomes possible through worship.

1 The Lord is my light and my salvation;
whom then shall I fear? *
the Lord is the strength of my life;
of whom then shall I be afraid?
5 One thing have I asked of the Lord; one thing I seek; *
that I may dwell in the house of the Lord all the days
of my life;
6 To behold the fair beauty of the Lord *
and to seek him in his temple.
7 For in the day of trouble he shall keep me safe in his shelter; *
he shall hide me in the secrecy of his dwelling
and set me high upon a rock.
8 Even now he lifts up my head *
above my enemies round about me.
9 Therefore I will offer in his dwelling an oblation
with sounds of great gladness; *
I will sing and make music to the Lord.
10 Hearken to my voice, O Lord, when I call;*
have mercy on me and answer me.
11 You speak in my heart and say, “Seek my face.” *
Your face, Lord, will I seek.
12 Hide not your face from me,*
nor turn away your servant in displeasure.
13 You have been my helper; cast me not away;*
do not forsake me, O God of my salvation.

The Second Reading:  1 Corinthians 1:10-18
Paul has received disturbing news about the Church in Corinth.  There are serious factions that revolve around loyalty to particular people who have been important in the life of the community: Paul himself, Apollos, Cephas (presumably the apostle Peter), and Christ (the faction that has it at least partly right; or this may indicate a particular understanding of Christ that Paul thinks is unhelpful).  The answer is obvious:  the center is Jesus Christ alone. But Paul is more particular than that.  The center is “the message about the cross,” which he knows seems like foolishness to many.  He will continue to speak about this message for the next three chapters of his letter.

1:10 Now I appeal to you, brothers and sisters, by the name of our Lord Jesus Christ, that all of you be in agreement and that there be no divisions among you, but that you be united in the same mind and the same purpose. 11 For it has been reported to me by Chloe’s people that there are quarrels among you, my brothers and sisters. 12 What I mean is that each of you says, “I belong to Paul,” or “I belong to Apollos,” or “I belong to Cephas,” or “I belong to Christ.” 13 Has Christ been divided? Was Paul crucified for you? Or were you baptized in the name of Paul? 14 I thank God that I baptized none of you except Crispus and Gaius, 15 so that no one can say that you were baptized in my name. 16 (I did baptize also the household of Stephanas; beyond that, I do not know whether I baptized anyone else.) 17 For Christ did not send me to baptize but to proclaim the gospel, and not with eloquent wisdom, so that the cross of Christ might not be emptied of its power. 18 For the message about the cross is foolishness to those who are perishing, but to us who are being saved it is the power of God.

The Holy Gospel:  Matthew 4:12-23
We pick up the story in Matthew as Jesus begins his public ministry (the beginning of chapter 4 is the story of the temptation in the wilderness).  We are given three important pieces of information. He makes his home base in Galilee (a very mixed Jewish/Gentile territory) rather than Jerusalem or Judah.  Second, he calls disciples from among the common Jewish folk of Galilee: fishermen.  Third, his initial message is the same as John’s: “Repent, for the kingdom of heaven has come near.”  But then he goes out “throughout Galilee” not only with the message, but with acts of this kingdom as well.  Matthew calls his message “good news” or “gospel,” (in Greek euangellion, from which we get “evangelism”) a word whose use began with the prophet Isaiah of the Exile (Isaiah 52:& and 62:1).

4:12 Now when Jesus heard that John had been arrested, he withdrew to Galilee. 13 He left Nazareth and made his home in Capernaum by the sea, in the territory of Zebulun and Naphtali, 14 so that what had been spoken through the prophet Isaiah might be fulfilled:  15 “Land of Zebulun, land of Naphtali, on the road by the sea, across the Jordan, Galilee of the Gentiles—16 the people who sat in darkness have seen a great light, and for those who sat in the region and shadow of death light has dawned.” 17 From that time Jesus began to proclaim, “Repent, for the kingdom of heaven has come near.” 18 As he walked by the Sea of Galilee, he saw two brothers, Simon, who is called Peter, and Andrew his brother, casting a net into the sea—for they were fishermen. 19 And he said to them, “Follow me, and I will make you fish for people.” 20 Immediately they left their nets and followed him. 21 As he went from there, he saw two other brothers, James son of Zebedee and his brother John, in the boat with their father Zebedee, mending their nets, and he called them. 22 Immediately they left the boat and their father, and followed him. 23 Jesus went throughout Galilee, teaching in their synagogues and proclaiming the good news of the kingdom and curing every disease and every sickness among the people.

The Scripture quotations (except for the psalm) are from the New Revised Standard Version Bible, copyright © 1989 by the Division of Christian Education of the National Council of Churches of Christ in the U.S.A., and are used by permission.  All rights reserved.  The Collect of the Day and the Psalm translation are from The Book of Common Prayer.  Commentaries are copyright © 2017, Epiphany ESources, 67 E. Main St., Hornell, NY  14843, www.epiphanyesources.com. All rights reserved.
Posted by The Rev Michael W Hopkins at 10:07 AM

Email ThisBlogThis!Share to TwitterShare to FacebookShare to Pinterest
Labels: epiphany, year a